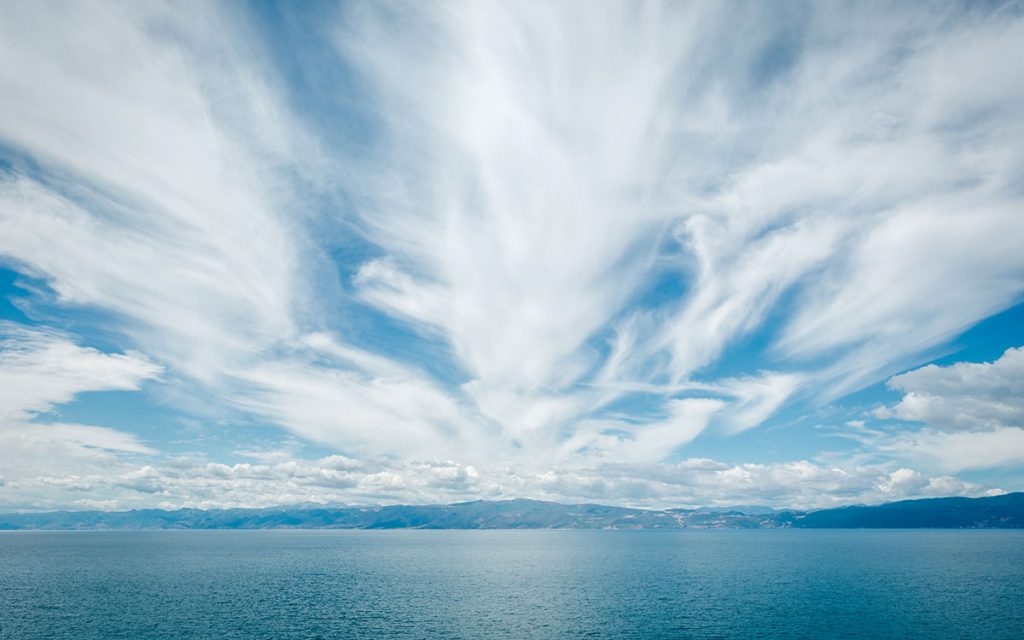 The marine industry has made great strides in reducing emissions of local air pollutants thanks to the International Maritime Organisation’s (IMO) introduction of the global 2020 marine sulphur cap and Tier III nitrogen oxides (NOx) regulations. But with recent research suggesting that 46 cruise ships emitted almost 10 times as much sulphur oxide than 260 million cars, it’s clear more must be done to reduce air pollution.

Although land-based emissions of sulphur oxides (SOx) and NOx have been reduced dramatically over the past decade, emissions at sea are not forecast to follow the same trend. According to clean transport campaign group Transport & Environment, NOx from shipping is set to exceed NOx from all EU land-based sources in the coming decade. With coastal communities, ports and busy inland waterways disproportionately affected by ships’ air pollutants, the pressure is on to find a solution that can make an immediate difference.

So, what readily deployable, commercially viable solutions are available? Why do alternative liquid fuels represent the most viable transformation path? And how can businesses strike a balance between air quality and longer term climate objectives?

Today’s energy reality
It is an uncomfortable truth that – when it comes to marine vessels – there is no single energy solution to the air quality problem. Marine transport has been consistently cited as one of the most challenging – and expensive – industries to decarbonise. The energy requirement of heavy duty marine diesel engines means that finding low-emission alternatives can be difficult without significant investment in retrofitting or additional infrastructure.

While electrification is fuelling change on land, the low energy density and limited range of batteries – as well as the high upfront capital costs – mean it is simply not set up for marine requirements – at least for now.

As renewable energy sources remain unreliable as a failsafe alternative, a short to medium-term solution is required to satisfy security of supply and sustainability concerns, while driving towards all the strategies and government policy initiatives.

The new energy mix
For this reason, many marine operators are turning to alternative liquid fuels as a technically and commercially-sound stopgap on the transformation path to a low-emission future. Alternative liquid fuels have been developed to reduce dependence on conventional fuels, and to limit health and environmental impacts. Fossil fuel alternatives seek more significant sustainability benefits through the use of green energy sources, as well as innovative production methods which result in cleaner emissions.

But not all alternative liquid fuels share the same characteristics, and the challenge is to choose the optimal solution to suit individual applications from a range of options. The growing portfolio of paraffinic fuels is of note as the energy market looks to the future.

There are many technologies within this category that can be used in marine applications, including as liquefied natural gas (LNG), liquefied petroleum gas (LPG), biofuels, gas-to-liquid (GTL) and more. However, it’s important to note that many alternative fuel technologies and developments remain unproven. Biofuels – considered by many to be the answer to decarbonisation in marine transport – are mainly being used on a trial or experimental basis, and despite uptake of LNG being on the rise, cost, energy density and storage concerns remain.

As a drop-in solution, Shell GTL Fuel can be used immediately in marine engines – as well as in on road and off road applications – without the need for retrofitting legacy equipment or installing new storage solutions. It can be supplied through existing bunkering and supply chain infrastructure to immediately improve air quality both at sea and on land. The fuel is approved for use in marine engines by a number of OEMs including Caterpillar, Volvo Penta, Bukh and more.

For offshore passenger vessels and inland pleasure craft, Shell GTL Fuel can deliver significant experiential benefits for passengers and operators alike. Shell GTL Fuel’s more uniform combustion can reduce engine noise levels by as much eight decibels, and its cleaner-burning nature means that journeys are no longer tainted by thick plumes of smoke. These advantages have helped to create a more relaxing and comfortable journey for passengers of multi-national cruise liners and riverboats alike.

One such riverboat operator, Sandwich River Tours, has been taking passengers on guided excursions along the River Stour in Kent, UK, since 1999. After learning of the benefits of Shell GTL Fuel, owner Colin Carr onboarded the fuel to power one of his vessels, the Sandwich Tug Boat, which runs on a 1970 six-litre Ford diesel engine. Carr commented: “I could see immediately that the emissions were reduced, and my customers noticed too. The passengers who come on the tours care very much about the environment, and it makes sense to use a cleaner, more environmentally-friendly product in my boats.”

An unexpected benefit of the fuel’s cleaner-burning nature has been seen in vessel’s engine oil, which now stays cleaner for longer. Carr added: “I noticed this on my first oil change, usually the oil is black by week one, but since using Shell GTL Fuel it’s not until week three the oil is starting to blacken.”

Conserving the marine environment at Harwich Haven
As well as improving air quality for passengers, Shell GTL Fuel has supported the port authority of Harwich Haven, one of the UK’s largest and busiest commercial port complexes, to reduce its environmental impact. Harwich Haven Authority (HHA), the non-profit organisation that oversees the port, ensures the complex remains open and operational while helping nearly 5,000 vessels a year to navigate the ports safely.

HHA operates seven vessels; five high-speed pilot launches to run pilotage to visiting ships, one survey vessel to monitor the condition of the port, and one general purpose vessel to support conservation of the harbour through dredging and laying buoys.

Protecting the environment for the benefit of harbour users and the local community has always been a key mission of HHA. With all seven of its vessels operating on marine gas oil, improving air quality was a top priority. To support cleaner operations, strengthen environmental commitments and protect the health of its workforce, HHA transitioned its entire fleet from marine gas oil to Shell GTL Fuel.

The fuel was introduced to HHA’s fuel stocks gradually, initially mixing with existing diesel in engines and tanks before running purely on Shell GTL Fuel once the marine gas oil supply was depleted. Brian Hill, Marine Engineering Manager at HHA, commented: “As overseers of one of the UK’s largest commercial ports, we have a responsibility to protect and conserve the marine environment. Changing to the fuel was painless and we’ve not experienced any interruptions to service as a result. From delivery to adding the fuel to our tanks, it’s been business as usual.”

Since making the change, crew members on HHA vessels have experienced a number of operational benefits. The cleaner-burning nature of Shell GTL Fuel has made a visible difference to particulate emissions levels and soot build-up, which has been especially evident on HHA’s older vessels.

As Shell GTL Fuel is classified as non-toxic and readily-biodegradable with a low hazard rating, HHA has gained peace of mind that – in the unlikely event of a spill or exposure to the fuel – any impact on the marine environment or workforce is minimised.

The scheme offsets CO2 emissions by purchasing carbon credits from activities related to the protection, creation or redevelopment of natural ecosystems. These activities remove carbon dioxide from the atmosphere equivalent to those created by the production, delivery and use of Shell GTL Fuel. Research suggests that supporting such nature-based initiatives could reduce CO2 by more than 11 billion tonnes per year by 2030.

Like alternative fuels, carbon offsets are key to facilitating the progression to a more sustainable future in sectors where emissions are unavoidable. Nature based solutions enable businesses fuelling their vessels with GTL to go carbon neutral – allowing operators to immediately reduce emissions of air pollutants with a cleaner-burning fuel and simultaneously address climate concerns through natural carbon sinks.

Looking to the future
Liquid fuels like GTL present the most robust and reliable platform to kickstart the emission transformation path – both for the 2020 sulphur cap and wider 2050 objectives. The liquid fuels industry already has a strong track record in technological development. From a commercial perspective, the fact that the infrastructure and supply chain is strongly in place for GTL is a key consideration.

A low-emission future is where we all want to be, but without embracing evolving enhancements in fuel technologies, it will take us much longer to get there. Rather than focusing squarely on the fuels of the future, what we should be advocating is the ‘fuels for now’ that will lead the transition to the future energy mix. There are only a handful of immediately deployable, drop-in solutions proven to reduce emissions of air pollutants from marine vessels without the need for additional investment. And Shell GTL Fuel is one of them.

For more information on how cleaner burning fuel can support marine’s transition to a low-emission future, call 0345 601 1880.