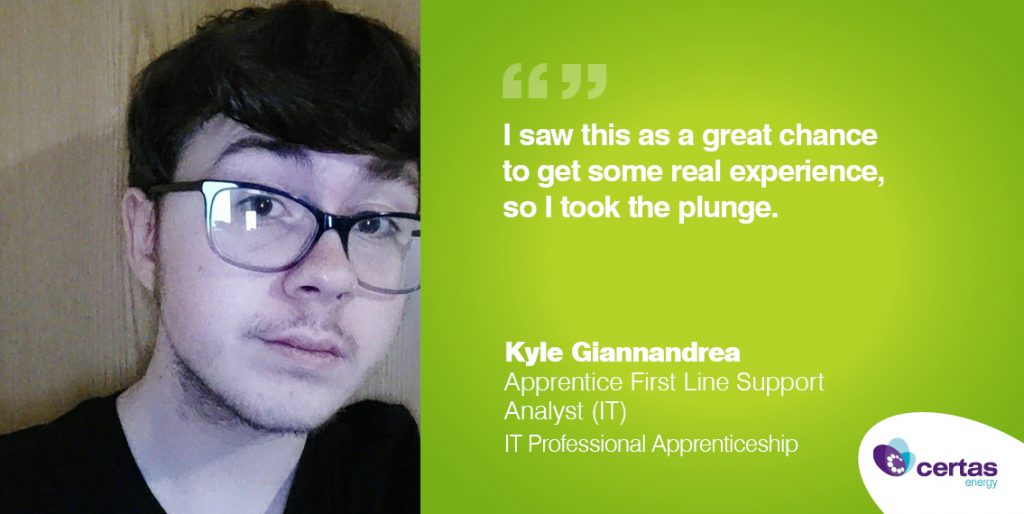 This is my first role since I am left school! During my interview process, I was attending school full time. When I got the job there was only about a week in between me leaving school and starting my apprenticeship. I mostly studied computing related subjects, as well as some of the more “wordy” subjects such as history and English, which I really enjoy.

Ever since I was young, I was always really interested about how computers work and what I could tweak/break on my own. Over the years, my knowledge base began to grow and by the age of 12 I taught myself how to build systems. This is where I stopped for a little bit until I decided to take a school level college course on servers and networking, which was where I really started to take a pivotal change in my career prospects.

After a year of doing this, I had solidified the idea that I would like to work in a server admin role. I know this requires a lot more experience and expertise, so this is when I went looking, just to see what was out there and came across this opportunity. I saw this as a great chance to get some real experience, so I took the plunge.

Essentially, I had two options. The first one was to go to college and do a HND in technical support, and the other was to become an apprentice. It is a well-known fact that in IT, hands on experience is the best way to learn so I thought this was a great opportunity to cut out the middleman.

All the things that I have learned have helped me connect some of the dots and fill some of the grey areas in my knowledge, as well as help me to understand that the diagnostic process isn’t as cut and dry as it may seem on paper. I have also improved my people skills immensely and learned to prioritise my time well.