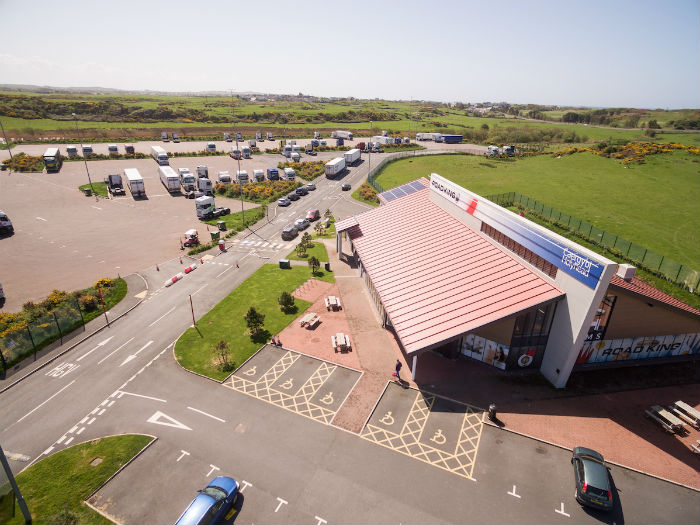 Certas Energy, the UK’s leading independent distributor of fuels and lubricants, has recently opened a new bunker refuelling site in Holyhead, North Wales. The site is the only dedicated HGV-refuelling facility on the island of Anglesey.

Featuring a high-speed refuelling system, which dispenses fuel at a speed of up to 120 litres per minute, it allows up to four HGVs to refuel simultaneously. This ensures that the site will be able to deal with a high volume of customers, even if local traffic levels increase beyond expectations.

The refuelling bunker is located alongside the existing Roadking truck stop, which opened in May 2015 and provides high-quality amenities for hauliers, including affordable overnight accommodation, a 24-hour bar and restaurant, male and female shower facilities, a coin-operated launderette and on-site security.

The official opening of the facility will be marked by a launch event and ribbon-cutting ceremony. The event will be attended by representatives from two local councils in the surrounding area, as well as Certas Energy and Roadking. After the ribbon-cutting ceremony, these representatives will be on hand to discuss the benefits available to Certas Energy fuel card holders.

Andrew Goodwin, National Bunker Manager for Certas Energy, said: “We’re delighted the site is now open, and we’re looking forward to meeting customers at the launch event at the end of January. The Holyhead site has been designed to meet the needs of the 400,000 lorries and trailers that pass through the port each year. The location of the refuelling bunker ensures that hauliers will no longer need to plan a detour to refuel before making their onward journeys.

“Holyhead is the second development in our continued partnership with Roadking; we anticipate the same level of success we enjoyed with our first collaboration, the Hollies Truckstop at Cannock.”

Nicholas Whatmore, Director for Roadking said “We believe that this new site will provide a one-stop destination for the haulage community. A refuelling facility complements the existing services available at the existing truckstop. The Holyhead Port is the second-largest roll-on-roll-off (RORO) port in the UK so it’s vital that a nearby service station is able to provide top-quality facilities for drivers and hauliers.”

For more information about Certas Energy and the network of bunkering facilities in the UK, please visit www.certasenergy.co.uk/fuel-cards-and-bunker-sites.