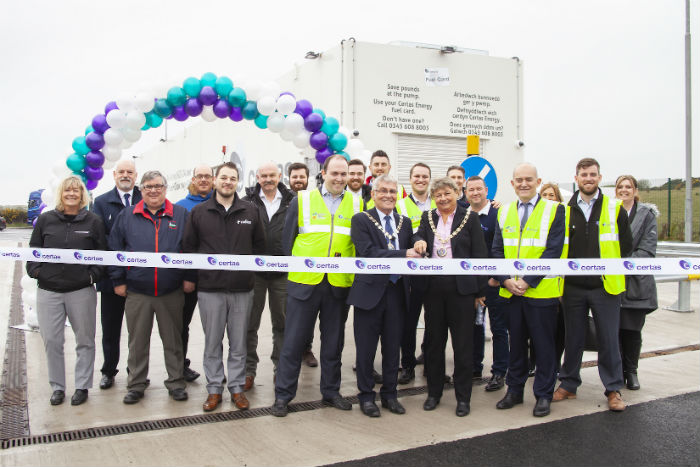 Certas Energy, the UK’s leading independent distributor of fuels and lubricants, welcomed lorry drivers and members of the local community to the official opening of its new Holyhead Port bunker site – the only dedicated HGV-refuelling facility on the island of Anglesey.

Featuring a high-speed refuelling system that allows up to four HGVs to refuel simultaneously at a rate of 120 litres per minute, the new bunker site has been designed to meet the needs of the 400,000 lorries and trailers that pass through Holyhead Port every year.

Andrew Goodwin, National Bunker Manager for Certas Energy, commented: “We’re delighted to officially open our new bunker site at Holyhead, which will provide a convenient refuelling point for the many HGVs that use the crossing each day. The project has been a great success and is another significant milestone in our strategy to expand the network of Certas Energy bunker sites across the UK.”

The new refuelling facility joins Certas Energy’s network of 17 bunker sites across the UK and is located on Parc Cybi in Holyhead alongside the existing Roadking truck stop. For more information about Certas Energy and its national network of bunkering facilities, please visit www.certasenergy.co.uk/fuel-cards-and-bunker-sites