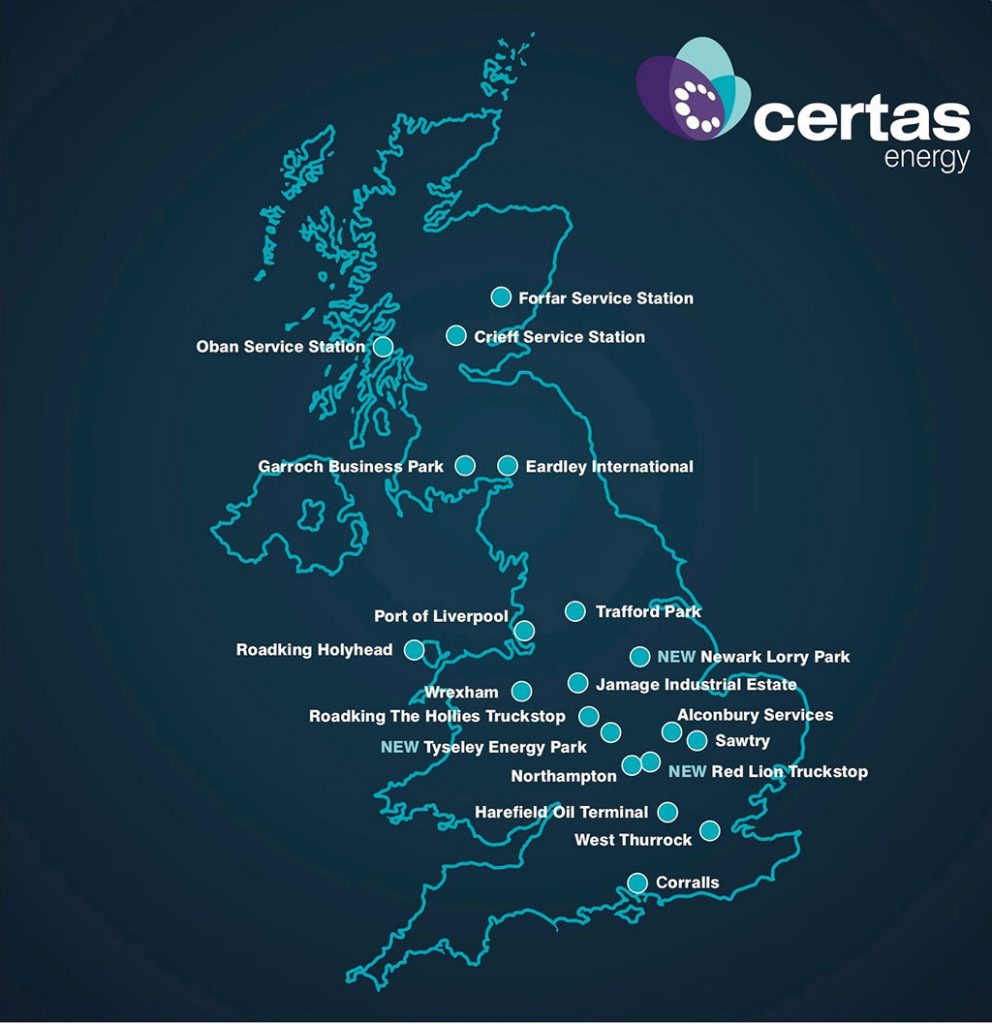 Forget Clarkson and co, being a HGV driver means you’re often conducting your very own ‘grand tour’ of the country. But how much do you really know about your favourite pit-stop destinations?

Roman Hollies-Days
Located just 90 seconds from Junction 12 of the M6 (trust us, we got truck-racing supremo Dave Jenkins to do a time trial!) The Hollies Truckstop is perfectly situated for a quick fill-up, with high-speed pumps dispensing fuel at up to 120 litres per minute.

If you’re after filling up more than your truck though, you’re in good company. The Hollies Truckstop is one of the oldest in the UK. The on-site cafe even once fed a hungry Gregory Peck, who dined there in 1950!

One of our own
Who better to create the perfect one-stop destination for truck drivers than their fellow hauliers? Well, that’s exactly what the team behind The ‘fechan Truckstop thought. Located on the M74, the main arterial link between Scotland and England, the site is something of a trucker’s paradise, offering everything from in-cab supplies to homemade cakes.

With our new refuelling bunker now open on-site, plus parking facilities and a truck-wash available, there really is nothing the Eardley International truckstop doesn’t offer for drivers on the road.

Battle of the breakfasts
The fry-up is a great British classic. But the humble dish can be a ‘sauce’ of great debate, with truckstops across the land battling to take the ‘best breakfast’ crown.

So, which gets your vote? Will it be The ‘Fechan’s  ‘Monster Breakfast’, complete with the Scottish classics of haggis and a potato scone? How about the ‘Mega Belly Buster’, from the diner at the Red Lion Truckstop, winner of two prestigious Truckstop News Awards?

Also vying for the title is the ‘Megga Breakfast, featuring all the trimmings of the traditional fry-up – but with an additional bowl of chips – available at The Hollies and Holyhead. It’s what one customer simply called “the best breakfast you will ever have…enough said.” Hard to argue with that!

Driving down emissions
As part of our ongoing quest to improve air quality, did you know two Certas Energy refuelling sites – Birmingham’s Tyseley Energy Park and the Port of Liverpool – are the only places in the UK to offer Shell GTL Fuel, a cleaner-burning diesel alternative, straight from the pumps? The Tyseley site also features a truck-wash powered by Shell GTL Fuel, for a truly clean experience!

A stop in history
Our very latest bunker site development at Newark Lorry Park offers cashless payments on parking and its popular truck wash, as well as high-speed refuelling pumps.Just one mile down the road in Newark town centre, stands the castle where King ‘Bad’ John, of Robin Hood infamy, died. But, with perimeter fencing and 24/7 CCTV on offer at the Newark site, you can be sure to sleep soundly!

The site has always been forward-thinking, as it stands on the old Webster and Horsfall manufacturing site – the very place that created the wire to make the first trans-atlantic telegraph possible!

Certas Energy’s bunker site network is ever-expanding, and we are always looking for ways to make life easier for hard-working drivers. Our sites allow you to refuel your truck with ease on the purpose built, high-speed pumps offering DERV, gas oil and AdBlue, with many offering services for your convenience, such as truck wash, cafes and parking facilities.

What’s your favourite place to stop on your ‘grand tour’?  A complete list of Certas Energy’s HGV refuelling bunker sites .